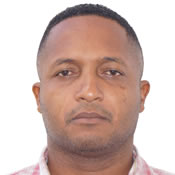 Jim King joined the Water and Sewerage Company in 2008 as a Civil Engineer in the Design and Construction Department. One year later he was promoted to the position of Southern Services Coordinator with responsibility for the water systems in the south of the island. He now holds the position of Water Services Manager, with responsibility for the water systems island wide. Jim King holds a Bachelor’s Degree in Engineering and a Master’s Degree in Civil Engineering with special emphasis on the concept of Vulnerability, Risk Mitigation and Adaptation against Climate Change. He also holds a Post Graduate Certificate in Water Systems Engineering.